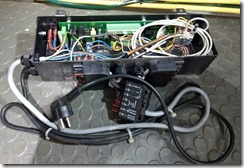 Job number 1 upon docking in Juneau on Monday, July 2, was removing the failed Kabola dashboard and shipping off to Marine-Tec in Anacortes. While Marcia went to the post office to check on shipping options, I removed the unit. With Wednesday being the July 4th holiday, we quickly concluded that getting it to Marine-Tec before Thursday would be impossible or cost prohibitive. We took the route we’ve taken before and using USPS Priority Mail. Because we can have USPS packages sent to general delivery, it is often the only way when you’re a transient boater. 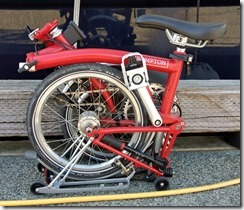 With the package on the way, we could turn to taking advantage of that rare Alaska feature, sunshine. The forecast was for hot (high 70’s) weather for Tuesday through Thursday. We also had the happy discovery that the road construction on the Glacier Highway from Auke Lake to 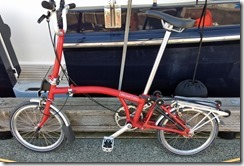 Statter Harbor (where we are) was now complete and it had wide sidewalks and shoulders that were bike friendly. The new pathways now connects Auke Bay with the existing bike paths and routes that go all the way into downtown Juneau. It was obviously time to break out the folding bikes. 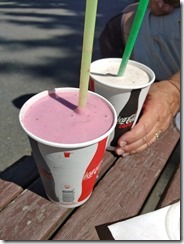 Twice we rode the 8 miles (16 miles RT) from the harbor to the Mendenhall Glacier visitor center 16 miles. In doing so, we rode past the Safeway which is the closest grocery store at 2-1/2 miles. Another 2 miles further along the bike route is the Fred Meyers. We now can do shopping for light-weight items, such as produce, meats or bread without renting a car or taking a bus.

Given the warm weather, we decided that the appropriate lunch after a bike ride was a milk shake from Hot Bites, a fast food restaurant in the parking lot at the harbor.

The Statter Harbor at Auke Bay is extraordinarily busy this time of year. First, the transient mooring area is totally

open and mooring locations are not assigned by the harbor. You must go in and look around to find a spot to tie up. Second, it is heavily used by commercial fisherman (seiners, gill netters and trollers) while they wait for the fishing openings announced by the Alaska Fish & Game. Third, many of the excursion boats for the cruise ship passengers originate from here, lots of bus traffic and camera-toting 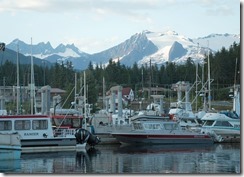 tourists on the docks and in the parking lot. Fourth, many mega-yachts (>100 feet) stage out of here while they pickup and drop off their guests and reprovision. We’ve got six on the outer dock right now. Lastly, when the weather is nice, the view up to the mountains is quite spectacular.

All in all, if you have to wait for parts, Juneau turned out to be a pretty pleasant place to do so.

Email ThisBlogThis!Share to TwitterShare to FacebookShare to Pinterest
Labels: Cruise 2018